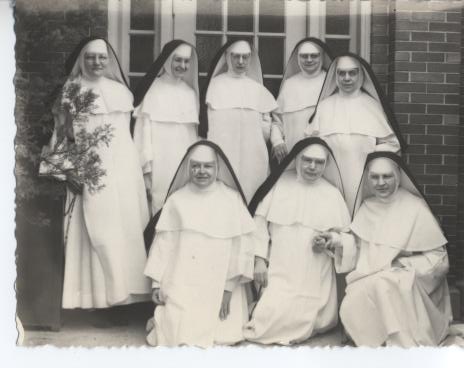 History of the Congregation

Learn more about our history and charism.

The history of our congregation began with our foundress Mother Kolumba Białecka. At a young age, Mother Kolumba, then Róża, wanted to give her life wholeheartedly to God. She was initially prevented from doing so by her father as well as by her health, but eventually God prevailed. One day, Róża had the opportunity to meet and speak with the Master General of the Dominican Order, Fr. Vincent Jandel. Father was thoroughly impressed by the spiritual maturity of Róża who was only seventeen at the time. He saw in her the makings of a future foundress of the Third Regular Order of the Sisters of St. Dominic in Poland. Fr. Jandel had been hoping to revive the Third Order of St. Dominic in the country which was dissolved by Joseph II, Emperor of Austria. Father Jandel saw in Róża the perfect candidate for his vision.

As suggested by Fr. Jandel, Róża entered and received her religious formation with the Dominican Sisters in Nancy, Lorraine, France. She received the name Kolumba, or “dove”, symbolizing purity and simplicity which reflected her demeanor.

After professing her first vows at the age of twenty-one, Sr. Kolumba returned to Poland to begin the new congregation. She experienced many hardships in the beginning of the foundation, especially struggling to find a place to plant the foundation’s roots. After she returned from France to begin the community, she was also much maligned by the people around her. She received all with grace and humility saying, “They have a right to treat me like this… I in my heart and soul receive this penance and thank you Lord, for the never ending mercy and compassion for me.”

Mother Kolumba offered up all her sufferings to the Lord and clung to him for refuge. She also offered her bodily health which was debilitated by tuberculosis. Despite this, Mother Kolumba threw herself into the sacrifices of the life, ardent in her obedience for love of God’s will.

A year after her return, a priest named Fr. Leszczyński was eager to speak with Mother Kolumba in hopes of helping her with her congregation. With Father’s help, the first house of the congregation was built in Wielowieś, and the community has flourished since then.

Mother Kolumba first began her apostolic works in the villages, ministering to the poor and suffering. Her work continues to this day through the hands of her Sisters throughout the world. The congregation’s apostolic work expands to teaching, evangelization, and aid to the suffering.