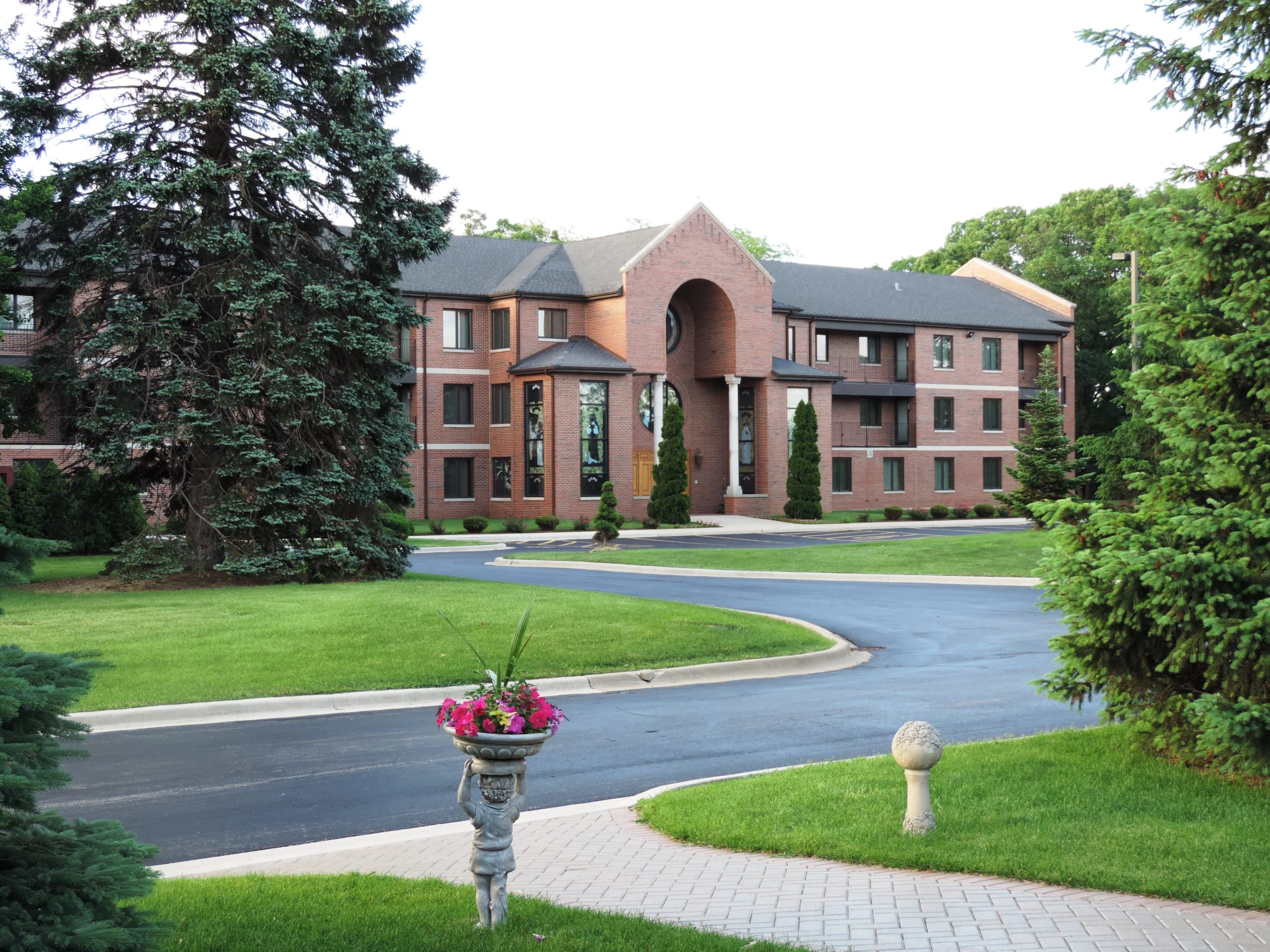 Learn more about How our province began.

We trace our earliest roots in North America all the way back to 1909 with Bishop Weber’s vision of our Sisters serving their fellow Poles in North America. Roughly two decades later, on May 09, 1925, Sr. Celestine and Sr. Teofila, finally arrived in Chicago from Poland. Three years after, on September 8 (Feast of the Nativity of Our Lady), Sr. Leona, Sr. Ignacja, and Sr. Felicja also joined the American mission. They faced obstacles from visa requirements and funding costs, but this did not deter them from finally arriving in Chicago. The earlier years of our provincial history were marked by great challenges, hardships, and trials, but the Sisters continuously prayed for strength and perseverance as they entrusted themselves to the protection of the Immaculate Heart of Mary.

Upon arrival, the Sisters held only one possession: their great faith. They often recalled our Lord’s words to St. Catherine of Siena, “If you think of Me, I shall think of you.” Their trust in Divine Providence and Our Lord’s words were strength for their ministry daily. Their faith and trust bore great fruit. Father Stanislaus Bona, future Bishop of Green Bay, Wisconsin, welcomed the Sisters and helped them to settle in the greater Chicago area. However, the struggle to find permanent residency found the Sisters living initially with the Racine Dominican Sisters. Eventually, our Sisters were able to relocate to a rented house on Marshall Boulevard in Chicago. But in order to support themselves, the Sisters had to beg for support, which were in turn met by numerous kind people.

As a response to the Sister’s plea, fellow Polish citizens gathered funds to support the Sisters. During that time, Sisters sought to purchase land to firmly establish their mission, however, the Great Depression made this dream difficult to attain. Nevertheless, the Sisters remained steadfast and entrusted all their cares to the Blessed Virgin Mary, placing the community and their apostolate completely under the protection of her Immaculate Conception. The faith, trust, hard work, and dedication of the Sisters consequently inspired new vocations to the community.

After a month in our newly rented house, interested candidates presented themselves. The community was growing in numbers, and on February 13, 1931, the Congregation of the Holy See gave us permission to open a novitiate in the United States. On the feast of St. Catherine of Siena, four postulants received the Dominican habit and were accepted into the canonical novitiate. By October, an additional seven postulants joined the community and by 1932, the initial community of 4 sisters grew to 14 sisters. In the midst of this growth, the Sisters continued their ministry of service and evangelization.

In August 1, 1936, our dream of laying foundation was finally realized when we acquired a parcel of land in Justice, Illinois. Farm buildings on this property were converted for the Sisters’ charitable works. By 1940, our outdoor Mysteries of the Rosary were installed. Five years later, we extended our mission site in Milwaukee, Wisconsin, where the Sisters minister to the elderly even to this day. St. Ann Rest Home currently houses 60 elderly residents. The mission house in Justice, Illinois also flourished and our Rosary Hill Home nursing facility became the fruit of the Sisters’ labor.

In June 1951, the Congregation for Institutes of Consecrated Life and the Societies of Apostolic Life granted the Dominican Sisters permission to become a province in America. It remains under the patronage and protection of the Immaculate Conception to this day. Our provincial house was also consecrated on December 08, 2004 by then Auxiliary Bishop of Chicago, Most Reverend Thomas J. Paprocki, which coincided with the 150th anniversary of the proclamation of the dogma of the Immaculate Conception. Our Lady was truly with us every step of the way!

Today, outside of Illinois and Wisconsin, we also have extended mission sites in Canada, Arkansas, and Ohio. We thank the Lord for his many blessings in allowing us to do His work, and we thank our pioneer Sisters for their countless sacrifices and prayers which laid the foundation for where we are today.